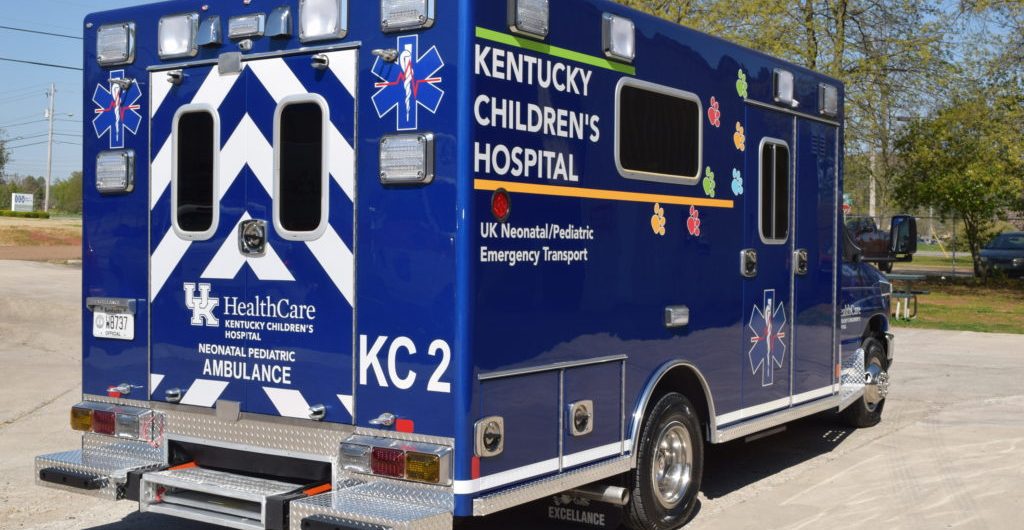 Excellance, Inc. was founded in 1975 by George F. Epps, Dot Humphrey, and Zeb Overstreet. Their mission was to design, develop, and manufacture a high quality, all aluminum modular ambulance in accordance with Federal Specifications KKK-A-1822.

Excellance is one of the oldest and most respected manufacturers of emergency vehicles in the world. From its inception, the company’s stated goal has been to produce the finest quality emergency medical and rescue vehicles available in the marketplace.ThreeGensExcellance

Excellance’s customer base includes those to whom money is no object (such as the royal family of Saudi Arabia) as well as those who can afford no more than one vehicle but want the best value for their limited budget (such as volunteer organizations). Excellance has also supplied over 150 units to Acadian Ambulance in Louisiana, the largest private service provider in the United States.

All vehicles are custom-built to our customer’s specifications. Working closely with the customer to provide exactly what will meet their needs has been fundamental to the company’s success.

Excellance vehicles cost more money than other units because building a high quality vehicle is labor intensive. The company is not making more money – it simply costs more to build a better unit. However, Excellance’s customers have found that they actually save money buying Excellance units, because they avoid excessive repairs and do not have to replace their units as frequently.

Excellance’s basic ambulance design was established by mid-1976 and a prototype was completed. The enormous task of building a new manufacturing operation from point zero had begun. During 1976, the following stages of the business were completed:

During 1977, the tedious production program was nursed along. Twenty-seven units were completed, and the vehicle design was substantially refined. Employment grew from 3 people to 13 people, which included a marketing program and the development of the dealer organization.

Over the next eight years, the company slowly and painfully evolved, requiring a large amount of capital and intensive management. Full appreciation by the market of high-priced, high quality units was very slow in coming. However, sales did grow and production performance improved.

In 1985, Excellance acquired property and moved to its present location in Martin Industrial Park located in Madison, Alabama just outside of Huntsville, Alabama. A 20,000 square foot facility was established. The company continued to grow in personnel, total sales, and number of ambulances produced. In 1989, we acquired 14,000 additional square feet of production space and began constructing a new office. This work was completed in June 1990.

With an eye toward possible expansion in the future, Excellance acquired another 37,000 square foot manufacturing facility in 1994 on the property adjoining its present location. This facility is currently leased to another tenant until a time when additional space is needed.

In 1990, the company built 20 ambulances for Kuwait. In 1996, two units were built for the Ukraine. What made these units unique is the extreme environments in which they were required to operate.

The company built the Major Emergency Response Vehicle for New York City in 1992. Capable of transporting up to twelve patients, it is the largest known ambulance in the world.

In 1999, Excellance delivered four highly customized units for the royal family of Saudi Arabia. These are some of the largest and most impressive emergency vehicles ever manufactured.

Numerous light, medium, and heavy rescue and specialty vehicles have been manufactured over the company’s history. In recent years, the company has seen a dramatic increase in the number of medium duty chassis ambulance conversions.

The basic production procedures, techniques, and quality assurance systems are directed toward producing a high quality premium product. The facilities and equipment are relatively new and are staffed with skilled craftsmen who have extensive experience in the welding, fabrication, painting, and electrical fields.

The production organization is supported by an appropriate stockroom, inventory system, and purchasing organization. It is further matched with a national sales organization to assure a market for the ambulance/rescue vehicles. The corporation is professionally managed by a team with many years of experience in management, engineering, and financial controls.

Excellance remains a privately-held corporation. Charlie T. Epps, the son of one of the original founders, operates the company today as president. The company continues the proud tradition of manufacturing the finest premium quality emergency vehicles in world.

In 2010, the company had manufactured over 2,200 new customized emergency vehicles and remounted over 1,000 units onto new chassis. Excellance currently employs 85 employees and produces about 110 units per year, with a sales volume exceeding $12,000,000 annually.